The Changing World of Retirement Planningtm

What You Need to Know.

Preparing for the Future.

Financial stability, financial security, financial independence; this is what we strive to provide each and every one of our clients.
You need an experienced retirement advisor. We serve the entire Toledo, Ohio metro area & are here for you.
Call us to start your consultation today! 419.491.0909 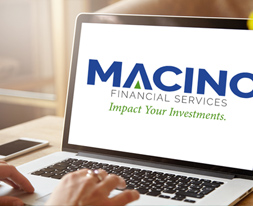 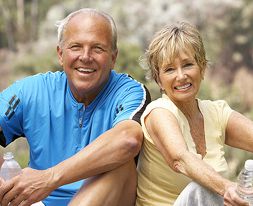 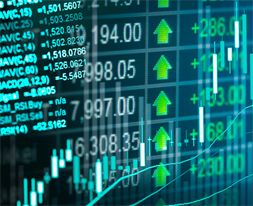 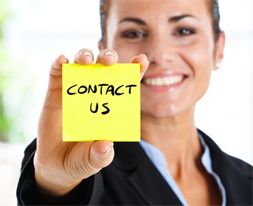 How We Help Our Clients

At Macino Financial, we believe that fully understanding your current financial situation is vital to successfully making prudent decisions concerning your economic future. Call us today at 419.467.4705 to make an appointment.

“My husband and I had gone to other seminars in the past, but with David we just had a good feeling. He doesn’t act superior or come across like a know-it-all. He suggests different things to us. Which we appreciate.” – Emma

“I would follow David to another office if I needed to. He’s been that great for me.” – Alan

“We trust David to act as our financial guide by helping us to make the proper decisions for where we are today and where we want to be in retirement.” – Joanna


The Stretch IRA Is About To Snap Under the Secure Act

A new retirement bill passed by the House of Representatives this May has many perks for IRA owners, but one significant drawback for wealthy investors—the death of the “stretch” IRA.

Investors who don’t need their IRA savings to fund their retirement have long used a tax-advantaged way of bequeathing that money to their heirs, stretching out the withdrawal period for the account’s assets. Investors are required to take a minimum distribution (RMD) once they turn 70½, and any money in the IRA that’s left to heirs is also required to be withdrawn within a certain time frame—but with a little advanced planning, you can allow that money to grow tax-deferred for several more decades.

RMDs are based on life expectancy, so a young beneficiary can currently reset them at a much lower distribution rate. So wealthy IRA owners certain that their spouses, and often their children, wouldn’t need the money, can leave the IRA to grandchildren. A 20-year-old beneficiary could, for instance, stretch out the period of withdrawal for another 63 years, according to IRS life expectancy tables: That shrinks the taxable RMDs considerably compared what, say, a 70-year-old beneficiary with a 17-year life-expectancy would owe.

But that may not be true for long. Killing the stretch IRA has significant momentum because of the need to recoup lost tax revenue to pay for some of the so-called Secure Act’s benefits—such as increasing the RMD age for IRAs from 70½ to 72. Ed Slott, a retirement expert and founder of web site IRAHelp.com, says the anti-stretch momentum began in 2012 when the press discovered that presidential candidate Mitt Romney had as much as $102 million in his IRA. “I think that was the tipping point,” Slott says. “When Congress saw [Romney’s IRA], they said, ‘There’s something wrong with this. IRAs were meant for retirement. They shouldn’t be an estate planning vehicle.’”

The Secure Act would require beneficiaries to withdraw all IRA assets 10 years after their benefactor’s death. This would wreak havoc on many estate plans, Slott says. Many wealthy IRA holders leave their IRAs to what’s known as conduit trusts, so they can maintain guardrails as to how the money is spent even after their death. That advantage will disappear with the law’s 10-year schedule.

While the Senate hasn’t approved the Secure Act yet, Slott says it’s only a matter of time before stretch IRAs are killed. For this reason, he advocates safer alternatives. One is to convert traditional tax-deferred IRAs to tax-free Roth IRAs. This will incur a hefty tax bill in the near-term, as you’ll owe income tax on any amount you take out of a traditional IRA and put into a Roth IRA. But the benefits are huge: Roth IRAs do not come with any required minimum distributions for the owner, so they can grow indefinitely. Beneficiaries can inherit the Roth assets completely tax-free, no matter how much it’s grown.

Another strategy is to withdraw some assets from your IRA, use that money to buy life insurance, and put the policy in a trust for your beneficiaries. Beneficiaries pay no taxes on the policy’s value. “When life insurance goes to the trust, there’s no complex tax rules,” he says. “There’s no RMDs, no worrying about what the payouts are for each beneficiary. You can make it anything you want.”

These alternative strategies mean that the $15.7 billion Congress expects to collect from the elimination of the stretch IRA is in jeopardy, Slott says. “In effect, this bill might push people to do better, more tax-efficient planning than they’ve done all along,” he says. “So there goes Congress’s revenue projection.”

But then finding new and more creative ways to avoid paying taxes is nothing new for the wealthy. The government is always playing catchup.

Macino Financial Services was founded with the goal of assisting clients in every aspect of their financial life. Our trusted partnership allows us to successfully navigate each client through life’s most important journeys.

The firm only transacts business in states where it is properly registered or is excluded or exempted from registration requirements. State registration is not an endorsement of the firm by the Commission and does not mean that the adviser has attained a specific level of skill or ability. All investment strategies have the potential for profit or loss. Changes in investment strategies, economic conditions, contributions or withdrawals may significantly alter a portfolio’s performance.
There is no guarantee that any specific investment or strategy will be suitable or profitable for a particular client. Past performance is no guarantee of future success. None of the content should be viewed as an offer to buy or sell, or as a solicitation of an offer to buy or sell the securities discussed.
Information on this website does not involve the rendering of personalized investment advice but is limited to the dissemination of general information on products and services.